Z fills the space with pictures of flowers

The pudding was Eton Mess and the cheese was the local one I mentioned last week.  I've promised to send some to Blue Witch, but the weather has been so hot that I was afraid it would ooze out of the box.  Besides, I snaffled the last piece for ourselves yesterday - I will get some more next week, BW.

It was lovely to catch up with old friends - Paul's two sisters called here a few weeks ago and it was the first time we'd seen them for years.  I've seen Paul and Jenny more recently, as I've visited them a few times when I've been staying with Wink, but Russell usually stays at home.  Oddly enough, now that Al & co have moved out so that it's a lot less easy to get away, he's talking about holidays and visits.  I suppose it's the effect of having retired from auctioneering, but he really could have taken breaks if he'd ever wanted to.  I have a feeling he's starting to think he's been missing out, which is a pity, but it hasn't been for want of invitations, particularly from me.

Several people have mentioned how fine the delphiniums are this year.  I don't know the reason - maybe the cold spring suited them, in that slower top growth let them build up their roots more strongly?  Anyway, a few pictures to show you what I mean. 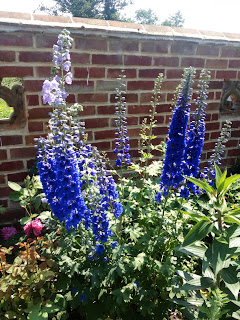 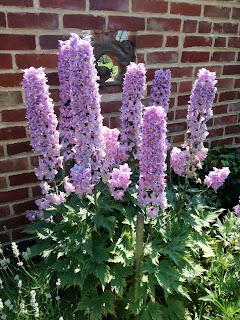 What lovely photos, Z! I missed seeing your garden, too. Hopefully next time =) Indigo x

"I've promised to send some to Blue Witch"

They do look extremely healthy.

I love the header photo, but you have the title wrong, it's of Ben's new cushion.

Yes, next time Indigo - though most of it is something of a wilderness. We call it a wildlife garden :/

I have a soft spot for delphiniums, as they were a speciality of ours when I was a child.

True, Jane. Thanks for reminding me.