Z has nothing to say, so posts pictures instead

The chicken, Elf/Eve/Pearl, has had a small run built for her.  The Sage is feeding the others near her, so that they will get used to being with her and then he'll let her out.  The cocks will be brought along soon - either he'll have to put them in a run or will have to enclose all of them for a few days, because we don't want to risk them flying off and getting lost.

But now it's after midnight, and the post I originally wrote was so dull that I deleted it and started again, and there isn't a thought in my head.  So I'm padding, darlings, with a few recent pictures. 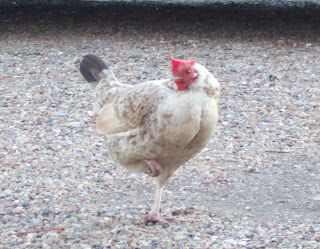 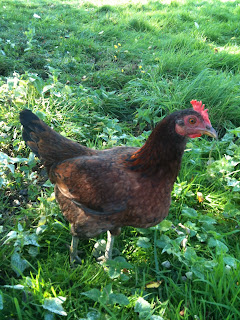 First, a couple of chickens. 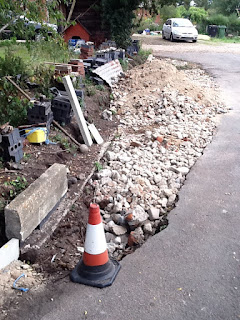 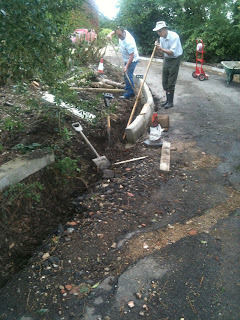 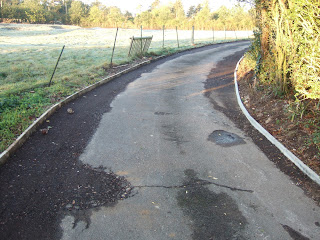 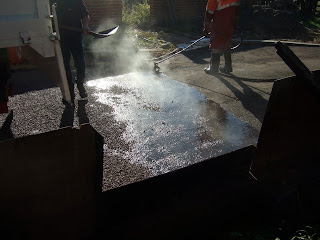 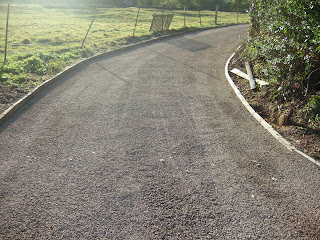 Then, some of the same area of the drive as work was in progress.  I didn't put up pictures as we went along, because they weren't that interesting.  And they still aren't, come to that.  But I'm posting every day until the end of the year, whether I've got anything to say or not.
Posted by Z at 11:57 pm

May I suggest the new hen be named EEP(to stand for Elf/Eve/Pearl)?
The drive improvements look fabulous!

Oh Rog, it's not for the hen, silly - it's to provide enough parking for next year's blog party, of course *wanders off singing everything I do, I do it for you*

Is it wide enough for coaches then?

I've often thought of you as remarkable for your drive, hen.