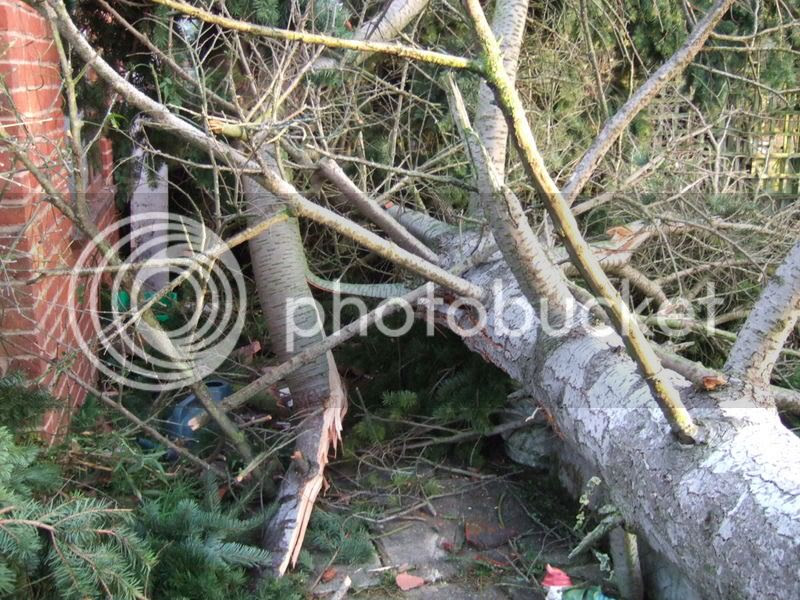 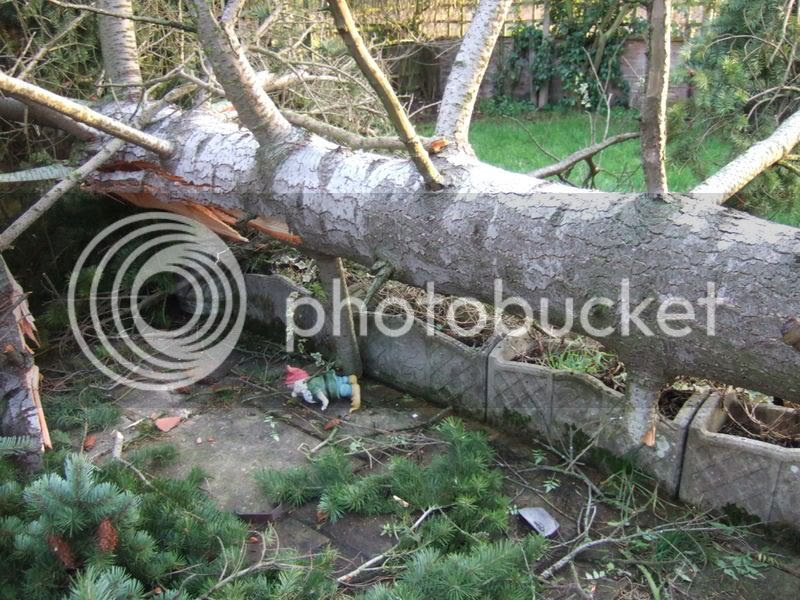 Friend of Gustav was shocked but unhurt. 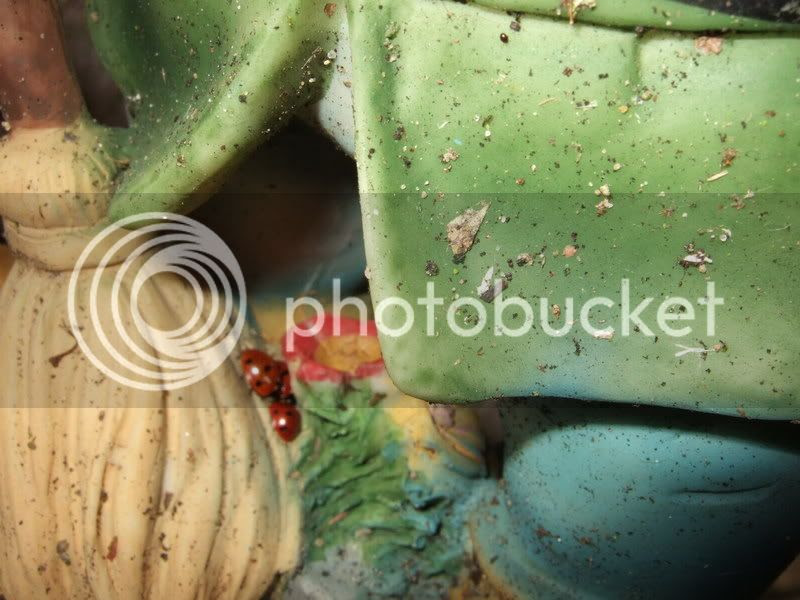 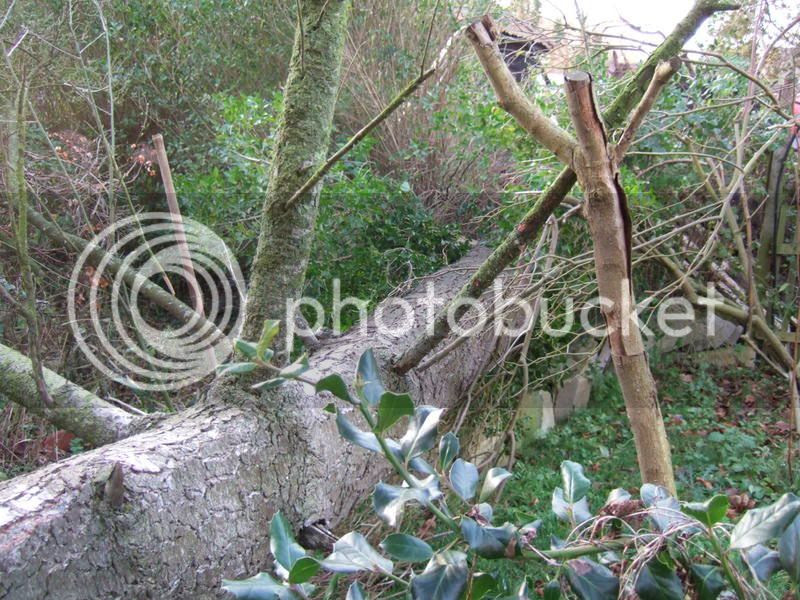 The Sage and Ro measured the trunk. 48 foot long. 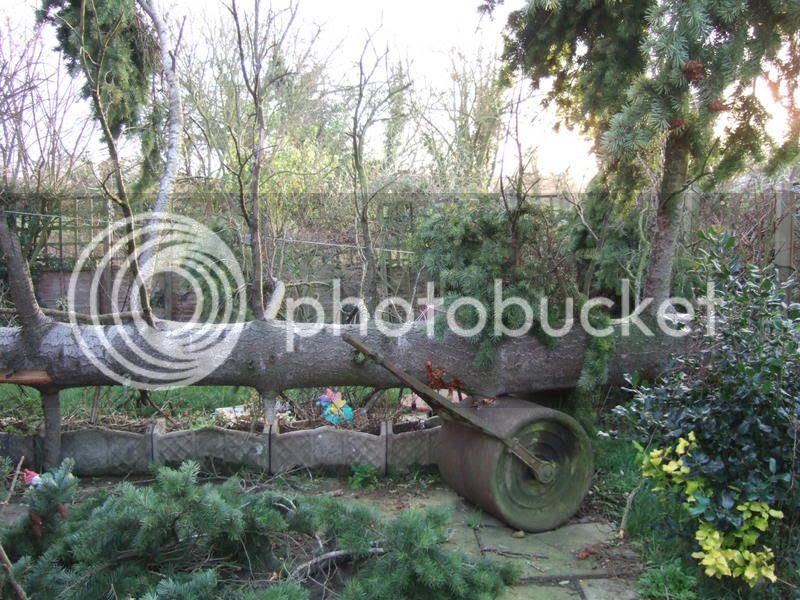 We reckon the tree was at least 75 years old. Probably, Pa and Ma (my in-laws) planted it when they first moved here - they bought the house in 1928 and moved in about a year later while work was still being done. 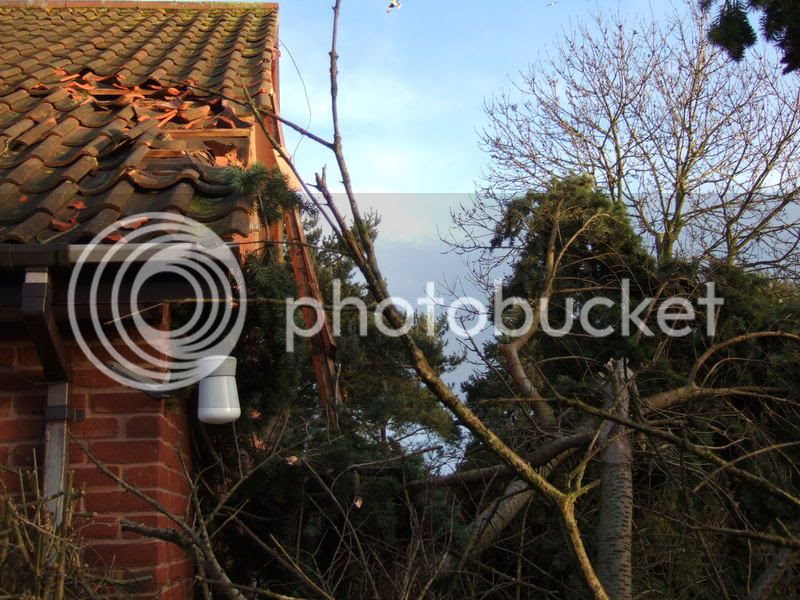 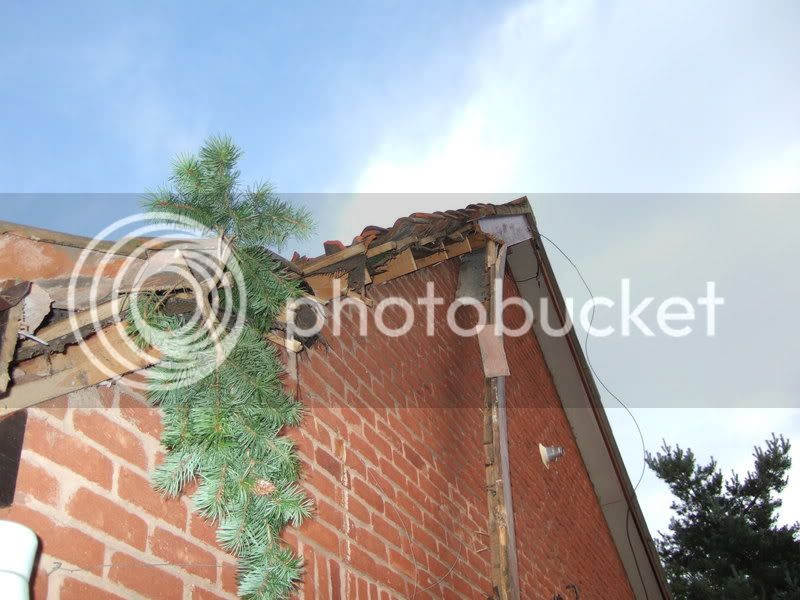 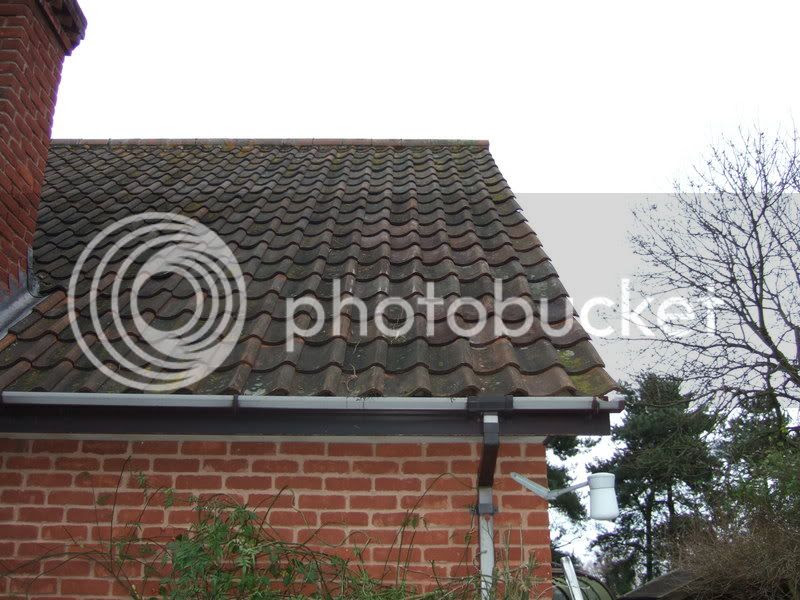 Spare tiles are kept outside so they have weathered and you'd hardly know which are the replacements. It's a temporary repair but it's weatherproof for now. 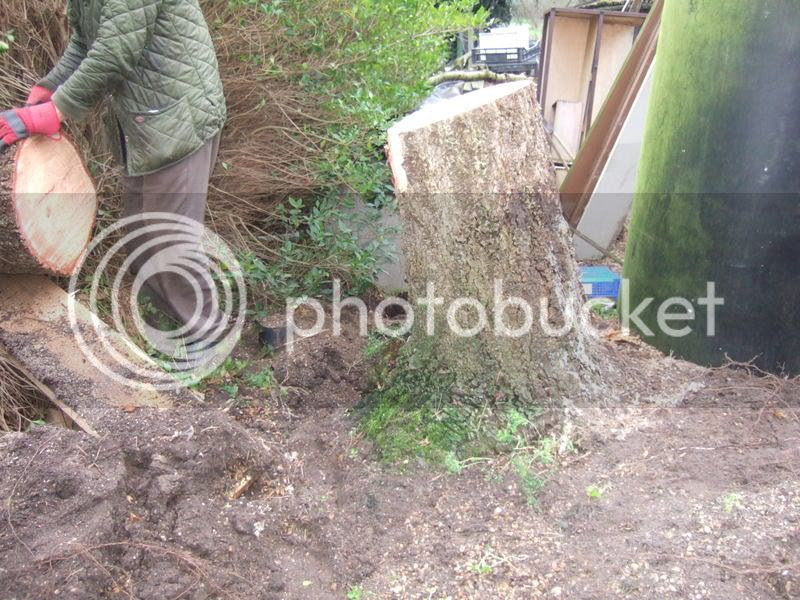 this confirms my previous assumption that gnomes, much like cockroaches, are indestructable.

lovely to see bits and ends of your home and man...but only if it were better circumstances, say, over risotto.

glad everyone is safe.

the gnome came up smiling, Jen. Unperturbed. "Thass a rum ol' do" he said, for he is a Norfolk gnome.

Yup, a close shave indeed and a very lucky cousin of Gustav. What a pity to loose such a lovely tree. Do you regain any view?

Lucky escape, z, it could easily have been much worse.
Now an opportunity to re-design the garden?

The tree was in the driveway just outside Dilly and Al's garden. They won't get any more view, but will get more light as it was on the south side. They had been clearing a lot of the garden already as it was, previously, my mother's and she wanted lots of plants whereas they need space for the children to play.