Yes, I know it's not December yet and I apologise. Far too early for nativity photos. They're not even very good pictures, either. Out of focus and too much reflection, including that of the camera itself. But look on the bright side - this gives you inspiration to get veggie-carving in time to make your own decorations. 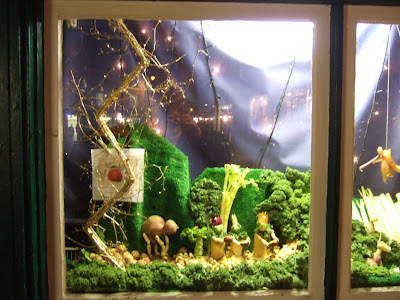 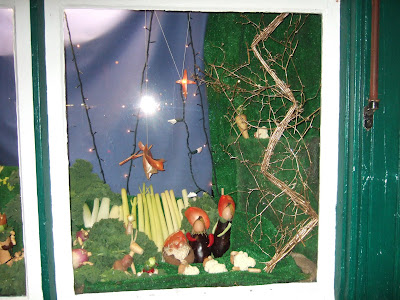 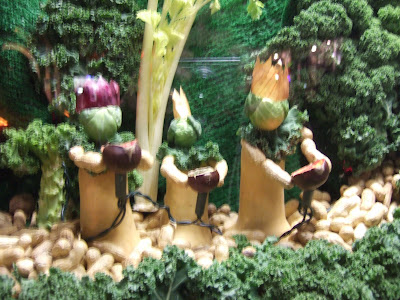 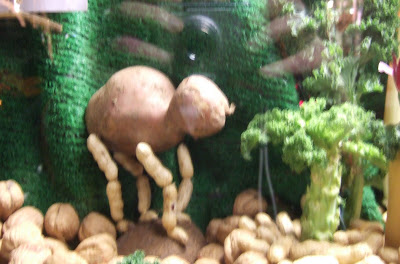 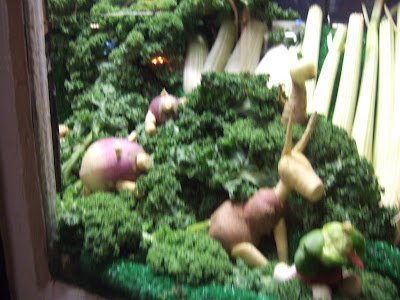 The donkey deserves a rest. The pigs would not normally be allowed near a Jewish stable, but it was a special occasion 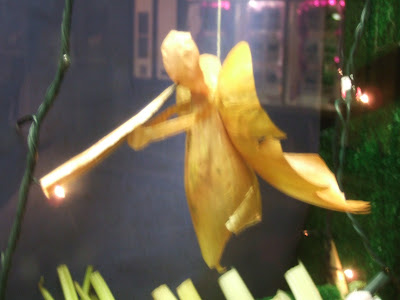 When Alex dismantles it all, I'll take another picture of the angel as it decided to fly a bit sideways and I couldn't get a good angle. 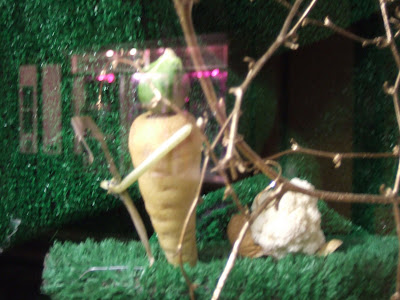 One of the shepherds had to stay on the hillside to mind the sheep, but he could still watch from a distance 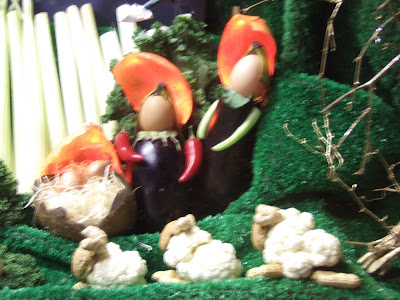 The sheep came right up to the Holy Family 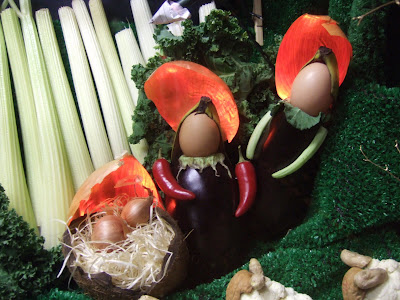 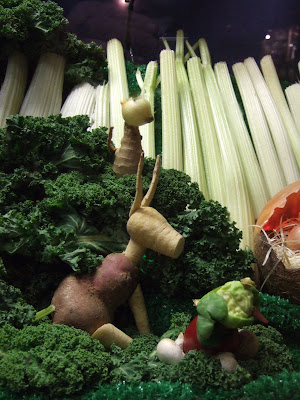 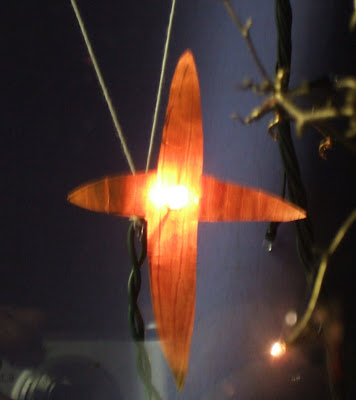 And the star shone over 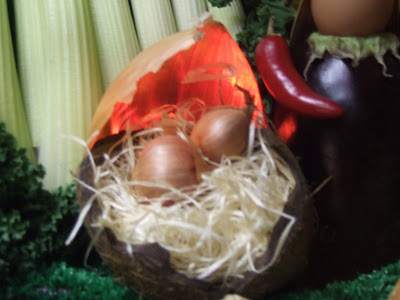 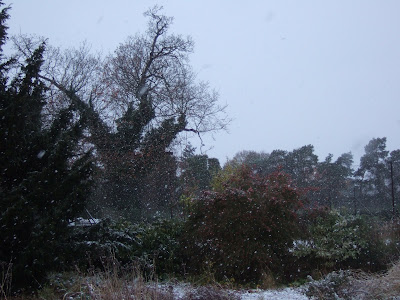 How are you with snow?

I love Christmas and that is a fantastic display - thank you for posting the pictures.

Oooh so you got snow so far it has ignored us here in King's Lynn - possibly not far enough east although we do have the edge on the northern bit (just).

Maybe it's you being near the sea. When we lived in Lowestoft, it was appreciably colder here in winter but warmer in summer, although it's only 17 miles by road, less in a straight line.

*decides not to make any vegetable-theology puns*

BTW the pig is fine as a living being, it's only as food that he's unacceptable.

These are brilliant! You must be very proud. And I think you under-credit the photographer, I think these are lovely pictures.

Well, they're out of focus and reflect too much. But there was music blaring out from a Beach Radio car just behind me and I was a bit twitchy.

I'm thinking about other scenes he can do - I think large pieces of ginger would make great coral if he wants to do a seascape. Someone has promised to email me pictures of his Halloween window, which he won the prize for (his certificate is on the left in the first pic) but they haven't done it yet.

Absolutely fabulous. I am so impressed. What a talented son you have.

That is incredible. I do radish roses and feel clever-obviously Al and Co. are more food creative. Have a cozy Sunday in your nice warm home watching the beautiful snowfall.

Wonderful fun, depicting the real reason for the season.

Thanks z, your cup, being always half-full, is inspirational.

Well I've never seen a vegetable nativity before. Hope it's going to be stored in the cool so it stays 'fresh'.
It's snowing here too. Brrrrrr

Dont like snow. Can only just walk in the dry!!

Al used to do very witty cartoons, years ago, skilfully drawn, rather in the Gary Larson style. He doesn't think anything of it, but he's got an eye for things. He's very pleased that you all like his nativity though.

John, it's been quite slippery enough today. Looks pretty, but treacherous to walk on. I hope you made it to the pub though.

Oh, Sandy, no heat in the shop. Fine for veg, not so good for the workers!

ooh.. these are awesome carvings!