Have a good weekend

Just a few pictures to end the week. We acquired a few posh pedigree bantams last year and some of their chicks, whose father is a common or garden bantam, have comical topknots. Some are black and some are a rather lovely ginger. They are nice-natured, tame little birds; unlike the males which are true fighting cocks and which we didn't keep. 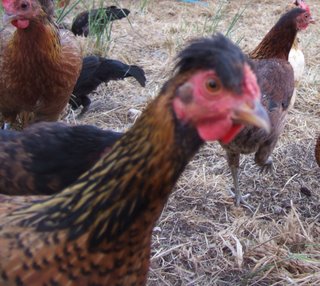 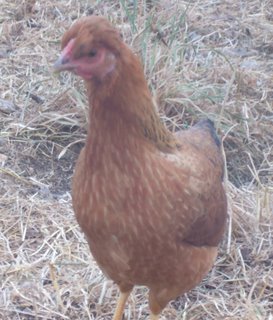 Figs - should be a good crop this year, as long as I remember to pick them before the birds have a go. 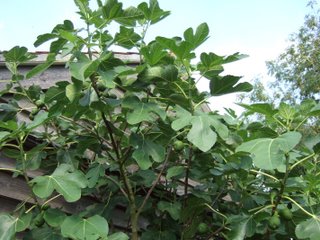 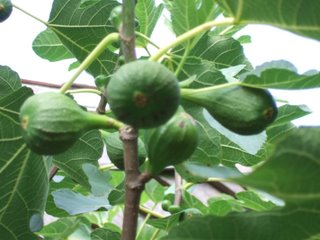 Last year the datura had lots of sweet-scented flowers in August when I bought the plant (adding showy colour to tubs to put around the wedding marquee). These are this year's first two. I had quite a job keeping it alive during the winter as the house was too dry - I don't have a conservatory so it ended up in the porch where I kept forgetting to water it. 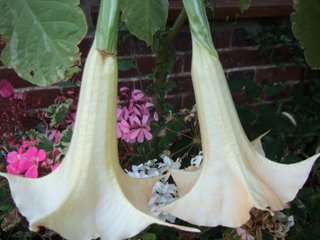 Funnily enough, end on, the flower looks like a giant petunia. But not in the flesh, as it were. That peachy tint, I think, is suntan as they were cream last year when the sun hardly shone. 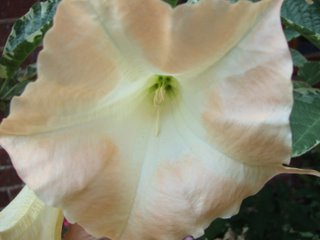 At my village school governor leaving party, they gave me this rose bush. 'Simply the best' is the variety - aah, aren't they sweet. 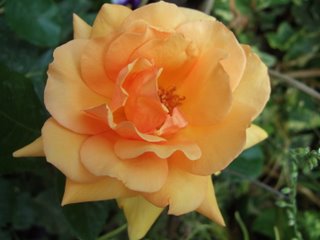 Good job your figs are not dangling over my wall. I would eat them all! Do you scrump or is that just apples?
Your chickens remind me of that nice Essex boy who has a farm on TV. Some heavenly photography.
I use 'hold hard ' quite a lot.
Right - I'm up to date!

I suspect you can only scrump a crisp fruit, surely there's some onomatopoeia to the word? And hands of my figs!

Jimmy's Farm? He comes to a farmers market once a month - or his produce does anyway - at Earsham Hall which is not far from here. Excellent but expensive, I'm told.

Thanks for dropping in, and the comments.

off, not of 'hands of my figs' sounds like an ancient exclamation from the Tales of the Arabian Nights.

Hello Jane, welcome, and thanks.