Don't worry, I'm not leaving the shaggy dog stories but I must tell you about our afternoon out yesterday.  We went to the Ashmanhaugh Light Railway, which was having an open afternoon.  Weeza and Phil booked it for Zerlina's birthday party last week - not that she's had her birthday yet but the day suited them, and they had a brilliant time.  The place was opened up specially for them and the ten little guests (well, z and her nine guests to be mathematically precise) and their parents had the run of the trains.  Two trains ran all the time and they only got off when they wanted to eat or run around for a bit.  It was fantastic value, only £85 for the whole thing and they took their own birthday tea.

We couldn't go because of the wedding (which not only made the local paper but also the Da1ly Ma1l because of the unusual circumstance of the bride's father both giving her away and conducting the wedding in the same service) and it so happened that their next open day was this week, so off we went.

It's not always that you can find an activity that is great fun for children of varying ages but also for their parents (and grandparents).  Crabbing is one, this is certainly another.  It's only £3 a head or £10 for four for unlimited rides and lots of people simply got off the train and promptly joined the queue for the next one.  It was, simply, fun.  There was supposed to be an MG rally as well although only one car actually turned up, but no matter.

Yes darlings, I did take pictures.  I'll add them later, I'm a bit busy this morning.

And here they are.  In one of them, six members of my family are featured.  In another, Zerlina is all blissed out.  It was a good day. 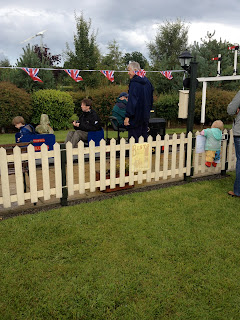 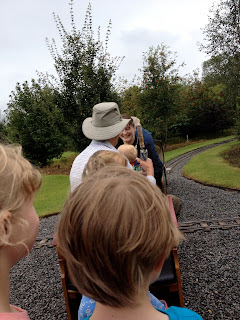 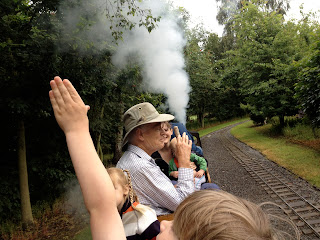 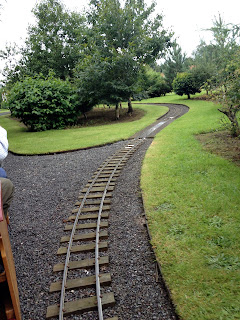 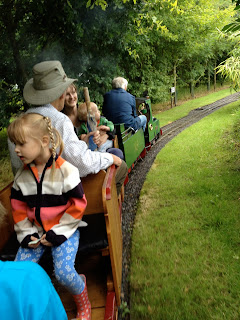 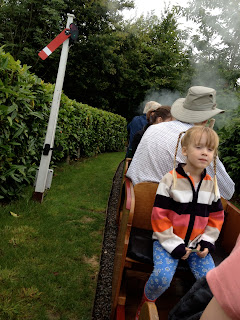 Train days are brilliant aren't they. We did one for Barney's 60th (he got to drive as well) and we took a nephew who was visiting.
I must say your trip sounds even better value though.

You've seen right through me, John. I was just too bone idle. Now drinking much wine and cooking much dinner. Well, not much, just enough. But pics are to follow.

It was, LZM. Mig, they are very little trains, but it's great fun. They do days as presents when you learn to maintain them, how steam engines work and have a go at driving, we all quite fancy having a go though I'm not sure if any of us will. It's a hobby for them all, they all volunteer and only hope to pay running expenses.