On the way back to the car, we passed several cats. They ignored us politely. When we were walking back to the car, the Bod noticed the baby stork in the river. Its mother was flying overhead. I might not have noticed the stork, but I stopped to admire the flower beds. Rosemary and lavender were in flower and so was honeysuckle, rambling across the bed. 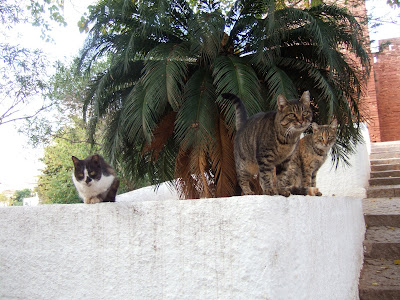 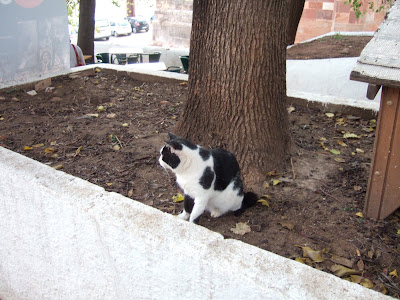 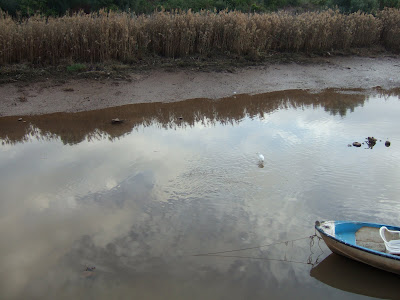 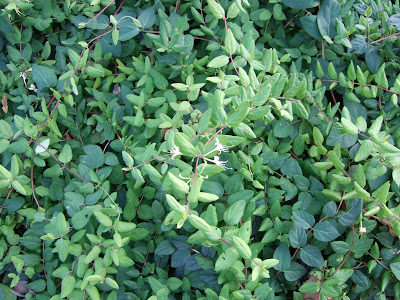 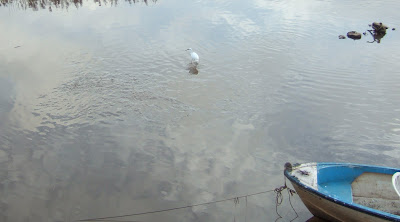 As we drove back to the hotel we stopped by a headland where there's a little fishermen's chapel (chapel is small, can't speak for the fishermen). Seagulls were sunbathing to the left but the bay on the right was rather more exposed. 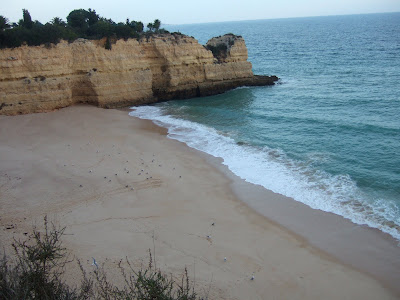 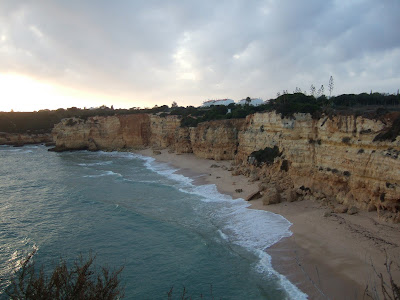 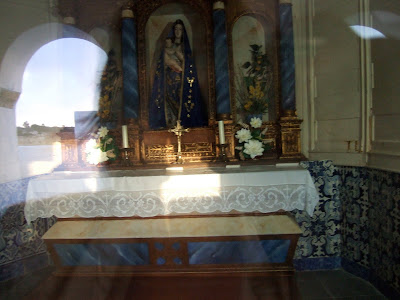 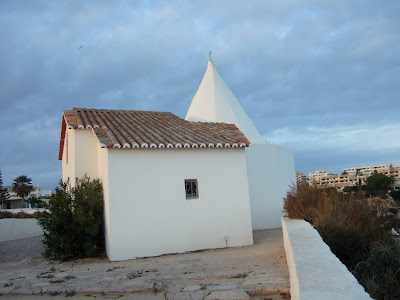 This evening, I went to the annual concert at the high school. As ever, it was superb. Really, there are some fine musicians at the school and they put such energy and enjoyment into their work. New this term is a male choir - there were 16 on stage but there are 22 altogether who meet on a Friday lunchtime.
There's a wide variety of music - jazz band, wind band, orchestra, rock band, instrumental soloists and we also had the great treat of solos by two of the teachers, the violinist and the guitar teacher, which were truly impressive - and the concert went on, including an interval, for three hours. I'd left a fish pie for the Sage but he politely waited for me - it was 10.30 by the time we had dinner.

I sent off an email agreeing to join another committee in April. I also sent an email to someone who is interested in being a governor and will write to someone else on the same lines tomorrow. I should have written another email but it's late and I'm going to bed. Tomorrow will do.
Posted by Z at 11:59 pm

The Sage sometimes acts as midhen, when a shell is particularly hard and a chick is exhausted before it hatches. He is adept at giving gentle help in removing enough shell without damaging or shocking the chick.

Those warm scenes look so inviting. This morning it was 20 degree F. We are having a brutal cold snap. Supposed to moderate some tomorrow. I am a warm weather person!!!

Marion, I had no idea Kentucky was so cold at this time of the year. We've only had a few early morning frosts so far here.

School concerts ... had to attend some over the last years. A "musisches" (musical?) Gymnasium. At least they learned Latin. Some of the evenings were really fine and amazing, some not. The emphasis always was put on the large orchestra. Four or five years ago a new head honcho was installed and man he brought the spirits down to a before unknown level. The teachers keep on working with some very talented disciples and the small sets of Kammermusik still are good.
I confess that I am happy about the fact, that I have to deal with school not anymore.