On Thursday, we headed west. We stopped first at Lagos (short a, and s at the end of a word is pronounced sh). Mostly, we walked up a steep hill and then walked down again. And when we were up, we were up ... you get the picture. When we reached shore level again, we stopped for coffee. All the strong black coffees I was drinking gave me a permanent caffeine buzz.

We continued to the fort at Sagres. This is built on the spot where Henry the Navigator had his school of navigation back in the 15th century, and where he died. Wink and the Bod left me near the entrance while they went to park the car. I was so enchanted by the view that I forgot to be limpy and scampered over the rocks to the cliff edge.

It's a wonderful place. I loved it. We went into the fort, which doesn't contain much, which suited me quite nicely. We went into the chapel and the inevitable gift shop, and to a room where there was a DVD showing about Henry. He was a self-contained man with no apparent vices but an immense curiosity about places he couldn't see. I took him to be brave, uncomplaining and stoical, with no reason to know if this is true, but as they are qualities I respect (well, what's not to?) and I liked the bleak place he chose as his home so much, I wanted to admire him.

My photos are all a bit samey, I'm afraid. I wasn't making a record of the visit, just snapping away at the view. If you've been there you'll know what I mean. If not, do go. It's not crowded at the beginning or end of winter, but I think the atmosphere would hold even in the main tourist season. There was a red beetle I rather liked on the sandstone step, but I can't see it now. But it's nice stone, so let it stand. 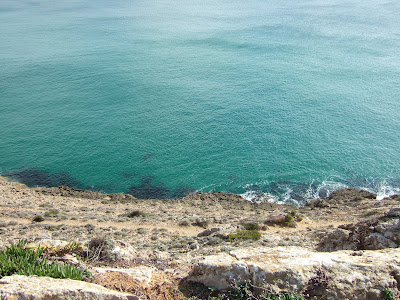 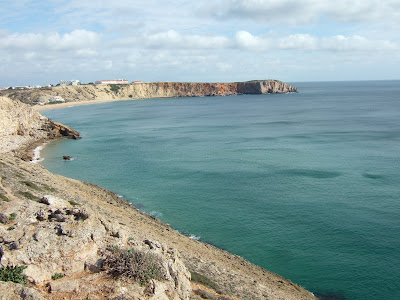 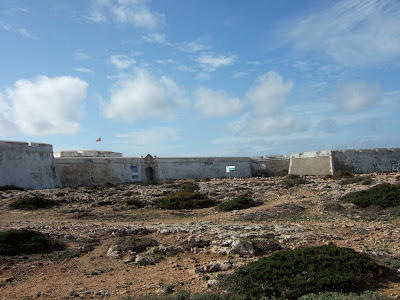 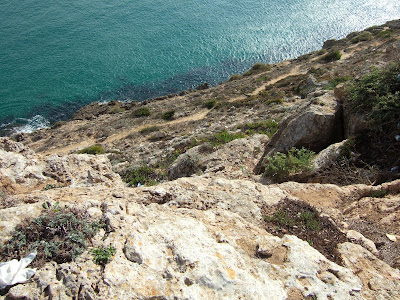 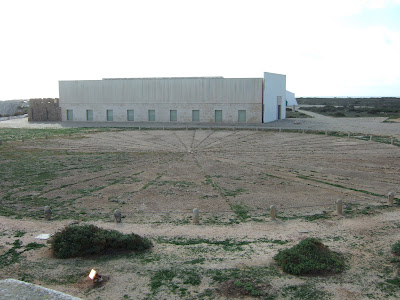 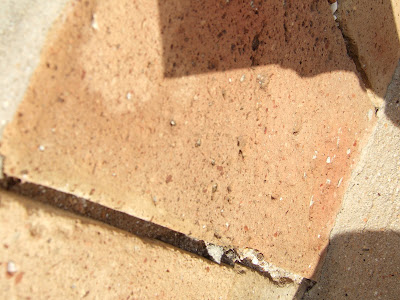 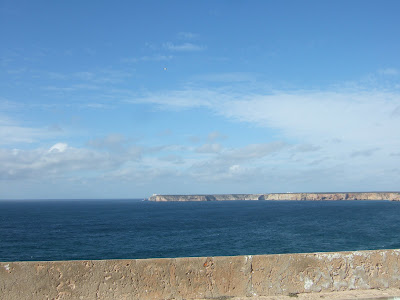 Then we drove to Cape St Vincent. Until quite recently, you could walk around the lighthouse, but now it's all barred off by a stern gate. It wasn't as memorable a place as Sagres, therefore, but incredibly moving to know that it was the tip of Europe, that when I looked one way there was nothing before America and nothing the other way until Morocco. And the cliffs were spectacular. There were fishermen below, on ledges in the cliff. 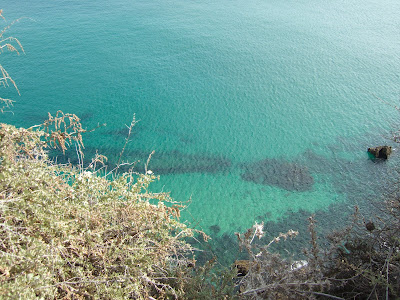 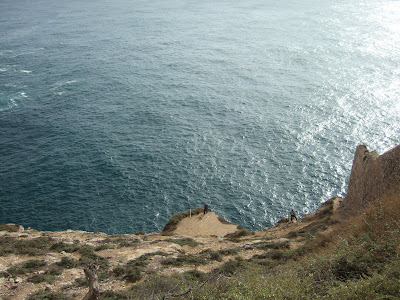 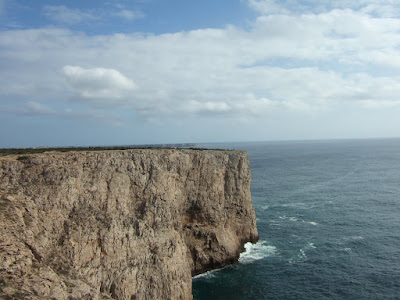 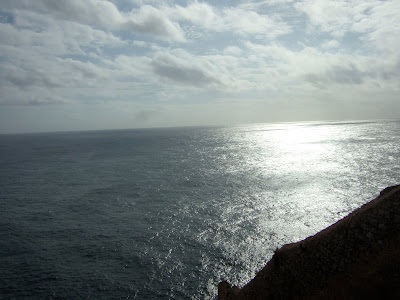 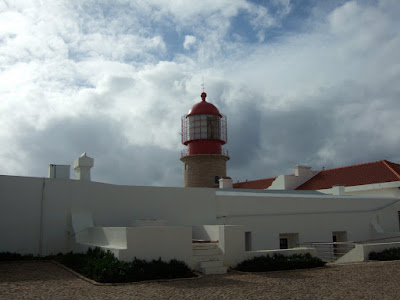 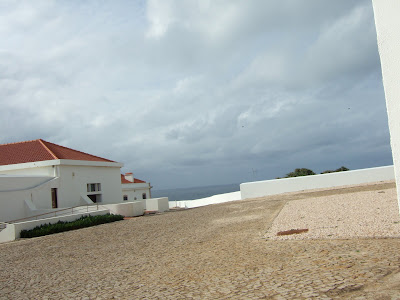 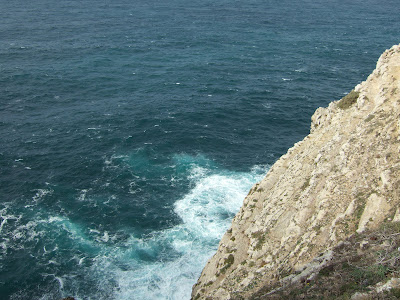 It was windy but not cold - there's a cliff-top path between the Cape and Sagres, but I have to say I'd not fancy it, even in less blustery weather. But I am a timorous and lazy Z.
Posted by Z at 8:53 pm

I think I've been there - when I went there were ladies crocheting (something I can't get my hands to do) and I asked them if they'd crochet me lots of little flowers. . .

. . .which they did, but that meant going all the way there again another day to collect them

makes me feel all holidayish - thank you!

(see, the photos were so lovely that I had to write that twice!)

Beautiful Photographs, Z! And, I'm so happy to read that you are having a holiday! Love and Blessings! :)

'there was a DVD showing about Henry' doesn't sound like your precise writing, Z.

'there was a DVD about Henry showing'

or 'they were showing a DVD about Henry' surely.

I'd forgotten about the men fishing. It seemed that if any of them hooked something big and lively they risked being pulled off their rocky perches into the boiling maelstrom below. Happy days. Good title, Z!

I like the fact that you've put some fort into these photos Z.

I think the red bug you mentioned is visible in this picture, in the shade.

I've never tried crocheting. Mind you, I can barely knit. The proudest moments of 2009 were learning to bricklay and knitting my very first hat. Which I seem to have mislaid. I read the other day that beanies are in fashion, I'll have to look for it.

Thank you, Jane. It was a lovely relaxing holiday, though too soon over.

I wonder if I'll make it to India in 2011, HDWK. I think I should. It's high time we met, and I constantly suffer from India withdrawal symptoms in any case. I wish I were there right now.

I think it's just missing a comma, and what's a comma between friends, Dave? However, I accept the correction meekly, in the friendly way in which it is offered.

One of them came up to the car park Christopher, and washed out his equipment. He had used very stinky bait.

Still can't see it, but it must be there, Mago. You have keener eyesight than I do. I'm sure I could google Bugs Of Portugal and recognise it.