Not so much tweets as cheeps

If you look across at my Twitter updates, you'll see that we've been making valiant efforts this evening to save the lives of several baby chicks.  I'm not at all sure that we will have been successful.  The shells are really hard so they wear out their egg tooth (one each, can't possibly say teeth) trying to crack through, and the mother, though several years old, is inexperienced in motherhood so is not very good at keeping them warm.  We do have two live chicks though, at any rate.

A few more pictures.  I should explain that I don't really like intruding on people by snapping away at them (photographically speaking) at a party.  And most of the places we went, such as museums and temples, one was not allowed to take photos.  Wink and I hired a car and went off to look at the cathedral in Chennai, which looks like this... 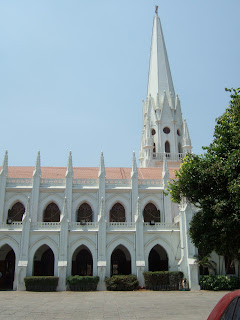 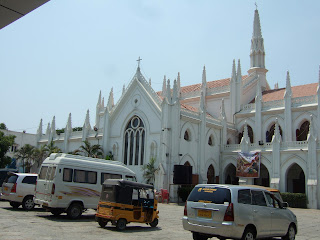 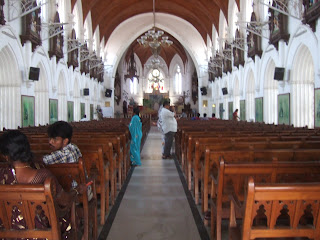 and then went to a museum on the same site where, extraordinarily, the late Pope and Father Christmas were in close juxtaposition. 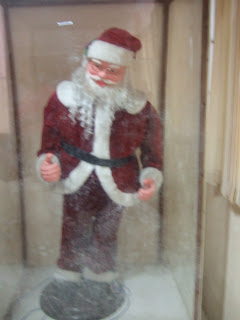 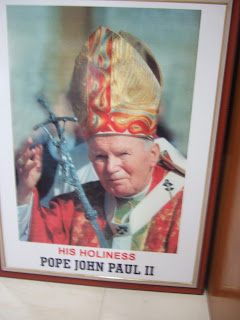 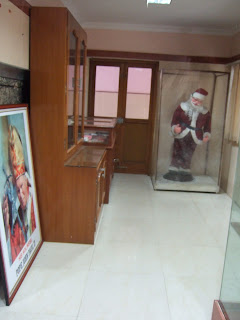 Then we went to see the Law Courts.  A very nice man showed us round, he showed us all the interesting bits that a guide book might not mention, such as this - 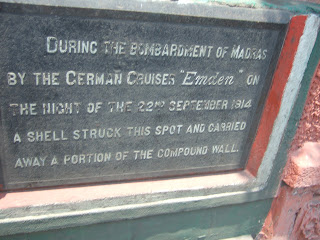 He took a lot of time and trouble for us, but in the end I had to ask him to take us back to our car (we were quite lost) because Wink's leg was so painful and she was limping along behind us.  It was very interesting to see the portraits of the judges: for a long time they were all white and British, then the first Indian judge's picture came up and from then on they were all Indian.  Unfortunately, I didn't note the date of the changeover and it was too dark inside to take a photo.  You'll have to go and see for yourselves.  A few photos of the outside of the buildings... 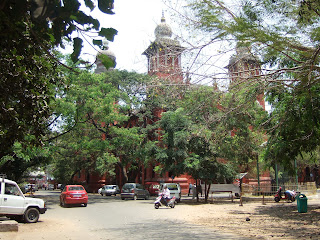 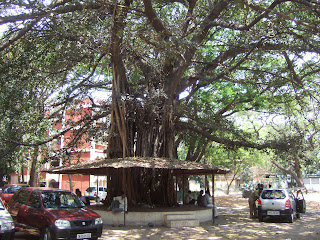 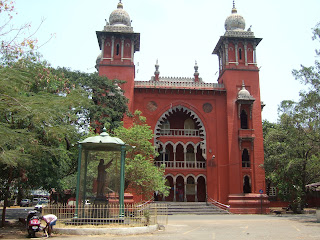 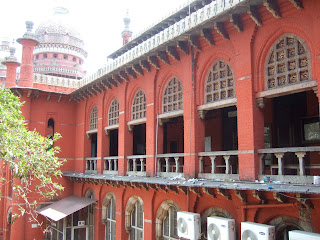 I'm not sure who the conductor chappie was in the third photo - Chris, is it a statue of you?  I find that I have got a photo of the Advocate General of 1897 and that he is Indian, so the changeover had occurred by then.  Here he is. 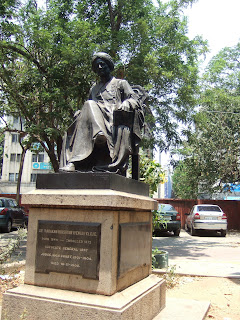 We didn't stop at the beach this time, which is impressively huge and sandy.  Marina and Maja went there another day, so they might have a better photo if they would like to send it across. 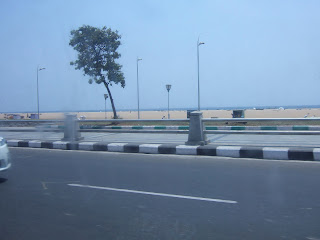 I know, darlings, no one will ever love me for my photographic skills, nor for my writing ability.  It's sheer Zedness that will carry me through.  Ahem.
Posted by Z at 9:55 pm

Don't be so modest, those are (mostly) brilliant photos. I especially like the interior of the church - several human stories in there. And the beach picture (seriously! Reminds me of Italian resorts - the beach is tantalisingly unreachable across the highway). Sorry, my turn to burble.

You do realise that the penalty for encouraging me is that you'll get more pictures, don't you Tim?

I'm chuffed by that too, Rog.