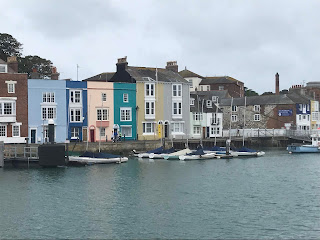 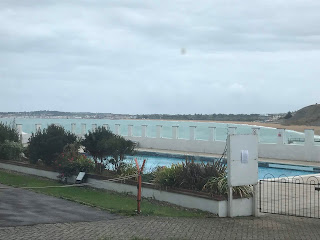 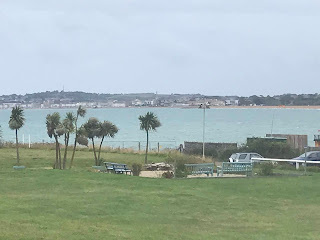 You lived until you were three or four in the Hotel Riviera? That is interesting; did you parents have a flat in it? Anyway I had to look it up and saw that in 2009 it was sold to Saudi Arabian investors and they poured 4 million pounds renovating it in 2011 and started another renovation in 2017. It must be quite nice now.

But when I used to go to London I always loved going in proper bed and breakfast places. Not like those in the US, where B&Bs are thought as “boutique” hotels where prices are outrageous and trying to be super posh. They make pretentious breakfast, but my favorite where the good old British breakfast that I had in the UK B&Bs.

Vagabonde, I'm so sorry I've taken all this time to approve your comment. I had an email saying you'd left one but didn't realise it was on here and I couldn't find it - I'd assumed it was on my other blog.

Yes, my parents owned the hotel and had a flat there. Sadly, the hotel isn't as upmarket as you'd expect from its appearance and location. It used to be down a bumpy track and that has been upgraded, but the scruffy funfair in front spoils its appeal.