While the sun shines 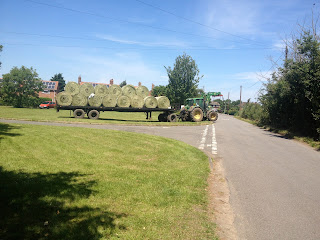 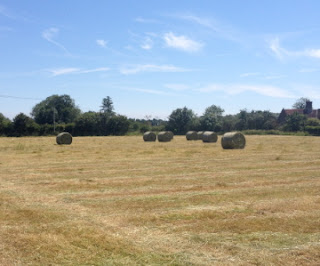 The grass was cut yesterday and baled and removed today.  Far too much green still in it to be used as hay, so it'll go to silage or haylage, but it's done and in view of the rain forecast, that's the main thing.  There was a very good crop, 41 of the big round bales in a field just under 4 acres in size.  The soil is poor, sand on gravel and a small amount of fertiliser was put on in the spring.

More Corfu pictures.  On my last day there, we went to Corfu Town.  First we went to an exhibition of Edward Lear paintings, which was excellent.  He earned his bread and butter by painting the scenery in places he visited.  Some of the paintings were obviously sketches, though quite highly finished but with pencilled notes reminding him what colour to use or what the item drawn was - for example, one shaded area was marked 'ravine' and some sketched bushes were marked 'juniper.' 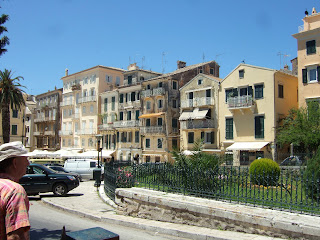 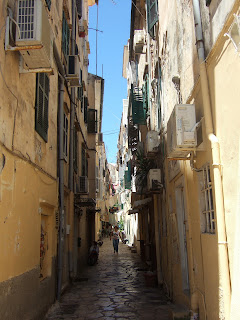 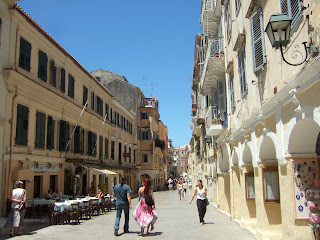 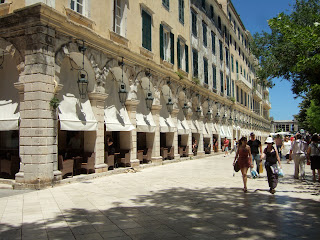 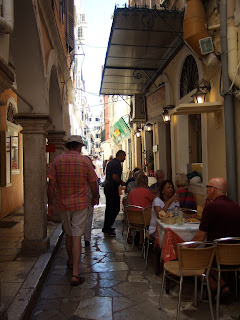 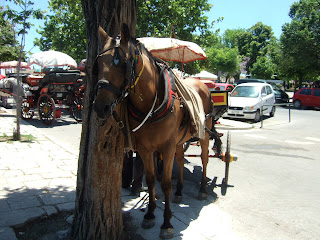 Afterwards, we went for a walk round the town.  It was too hot to stay very long, but it was very picturesque.  Apparently, it has been declared a World Heritage site and I suppose that will protect developers from pulling down or altering the buildings, many of which look to be in need of renovation.

In the evening, we met friends who had just arrived from England.  John has written several books about Corfu, many of them light and entertaining accounts of his walks and journeyings around the islands.  He was telling us about an app he's just been working on.  "Don't suppose you have an iPhone?" he asked.  He asked the right person, darlings, and I spent some time looking at it on his phone and I downloaded it as soon as I arrived home.  It's called Walk Corfu, it's free and it's jolly good. It includes maps with marked walking routes, links to advice on walking holidays, pictures of flowers you might spot, photos of scenery, sketches of village scenes and reproductions of Lear paintings.  There are also recipes and links to other information.  It would be a lovely place to walk, though you'd have to do it in April or October, any other time would be too hot.

Tomorrow I'll show you some pictures of Pam and Peter's village and of the views from their house.

i think i'm all caught up on your travels now, sugar! what a holiday you had and what gorgeous pics from home and abroad. i think i need a get away soon, too! xoxoxox

All the world's an app and the men and women in it merely players.

What lovely sunny photos, both of the field and of Corfu. Reminds me of when we used to have sunshine. Was that really only yesterday?

I need to start planning another holiday soon as well, Savannah - all getting too busy around here already!